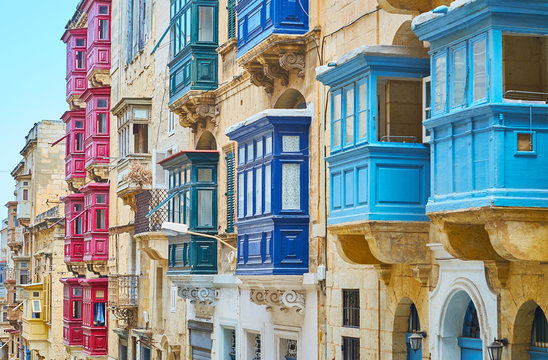 The main premise whenever discussing pre-1995 leases is that the regime regulating them is ever-changing and has been subject to countless amendments in the past. The perpetual struggle of the legislator is achieving balance between the rights of the tenant and the rights of the landlord. In a nutshell, the current situation is that pre-1995 leases which are still in effect at this point in time are automatically renewable and the rent payable does not reflect current market value. In an attempt to provide a solution, Bill 203 of 2021 (Controlled Leases Reform Bill) proposes amendments to the current regime regulating pre-1995 leases. This Bill is currently at first reading stage so if and when it is passed into law it will affect the Chapter 16, Chapter 69, Chapter 158, and the Chapter 474 of the Laws of Malta.

Proposed Amendments to the Civil Code

Out of the various articles in the Civil Code which regulate pre-1995 leases, of particular relevance is Article 1531C which provides that the  rent  of  a  residence  which  has  been  in  force before the 1st June, 1995 shall be subject to the law as in force prior to the 1st June, 1995. What the amendments propose is the addition of a proviso to Article 1531B which provides that after the Bill enters into force, Articles 1531C, 1531F, 1531G and 1531K shall not continue to apply to pre-1995 leases. Articles 1531C and 1531K will only apply in regard to the establishment of the minimum rent payable. This means that pre-1995 leases will be subject to the law as amended and not as in force prior to 1st June 1995. Therefore, the proposed amendments to the Civil Code need to be viewed in the context of the other proposed amendments.

Proposed Amendments the Reletting of Urban Property (Regulation) Ordinance, Chapter 69 of the Laws of Malta

Currently, the only way for a landlord to increase the rent of a pre-1995 lease falling within the ambit of Chapter 69 is to opt for constitutional action. While such action has proven to be successful, the procedure is repetitive and tedious. First, the landlord needs to file a constitutional application before the Civil Court (Constitutional Jurisdiction) on the basis that Chapter 69 gives the tenant protection which breaches the landlord’s fundamental right to property. The Court will then declare that it has found a breach of the landlord’s human rights and declares the protection afforded to the tenant unconstitutional. Arguably, however, it fails to provide a concrete remedy to the landlord. After obtaining such judgment, unless of course it has been appealed, the landlord would then have to file another application before the Rent Regulation Board (RRB) for eviction or for a fair increase in the rent. Despite this system being critised by the European Court of Human Rights (Portanier v Malta, 2019), the landlord is forced to jump through multiple hoops in order to have his basic fundamental human rights safeguarded.

This is why an amendment to Chapter 69 to this effect is overdue. The proposed amendment largely mirrors Article 12B of Chapter 158 of the Laws of Malta and entitles the landlord to file an application before the RRB requesting that the rent is reviewed to an amount not exceeding 2% per annum of the free and open market value of the property. The RRB will then conduct a means test of the tenant and where the tenant is found not to have sufficient means, he or she will be given five years to vacate the premises. The tenant may then apply for the Private Rent Housing Benefit Scheme and the additional rent is paid by the Housing Authority according to the means bracket which the tenant falls under. Furthermore, when such an application is filed before the RRB, the Housing Authority shall be notified and shall have the right to participate in the proceedings. The tenant shall also be entitled to benefit from legal aid in such proceedings.

Proposed Amendments to the Housing (Decontrol) Ordinance, Chapter 158 of the Laws of Malta

Given that Article 12B of Chapter 158 was already introduced back in 2018, the proposed amendments to this law are less voluminous when compared to Chapter 69. With regard to Chapter 158, the legislator is also proposing that the tenant be entitled to benefit from legal aid in proceedings under Article 12B. Presently, the law provides that both landlord and tenant are entitled to such aid. This proposed change is recognised as an attempt by the legislator to avoid any conflict of interest for the Housing Authority which would be providing such aid.

Interestingly, with the proposed amendments the legislator proposes the deletion of Article 12B(11). Sub-article 11 provides that when the landlord obtains a judgment based on the lack of proportionality between the value of the property and the rent receivable by him or her, the landlord cannot proceed with evicting the tenant without first availing himself of the procedure of Article 12B. This means that after obtaining a judgment by the Constitutional Court declaring a breach of his fundamental human rights, the landlord still cannot enforce this judgment before the RRB. Being the subject to various consitutional cases, Article 12B(11) has been declared by the Constitutional Court to be in breach of the landlord’s fundamental human right to property (Robert Galea vs Avukat Ġenerali et, Constitutional Court, 6th October 2020). Therefore, the proposed deletion of this sub-article may be seen as a reaction to such judgments which declare this to be unconstitutional.

Proposed Amendments to the Mediation Act

The proposed bill also seeks to delete Article 34 of the Mediation Act which provides for mandatory mediation prior to a suit before the RRB being initiated. With Article 34 coming into force only a few months ago, should this proposed amendment be successful it is safe to say that mediation in rent proceedings will be shortlived.

What impacts will these amendments have, if implemented?

It is arguable that the most substantial amendment is that regarding Chapter 69 of the Laws of Malta. As discussed, the amendment proposed is almost identical to the current Article 12B of Chapter 158. When this is taken in the light of the latest jurisprudence of the European Court of Human Rights on the matter, particularly, Cauchi v Malta (decided on the 25th March 2021), one is more prone to take a more skeptical view of these amendments.

This is because, in this judgment, the ECHR held in no uncertain terms that:

‘In view of these considerations, the Court cannot accept that Article 12B was designed to deal effectively and meaningfully with the issue of the disproportionate interference arising from the applicable rent laws, which has already been recognised by the domestic courts […] Without prejudice to such future findings, in view of the above‑mentioned considerations, as the situation stands today, the Court cannot confirm the effectiveness of this remedy in circumstances such as those of the present case.’

Therefore, while these amendments are undoubtedly a step forward, their true effectiveness remains to be seen. With the ECHR pronouncing itself so clearly on Article 12B, which the proposed amendments to Chapter 69 mirror, the answer seems to lean towards the negative. Indeed, it is more likely than not that this amendment, albeit still in the metaphorical legislative womb, is doomed from the start.