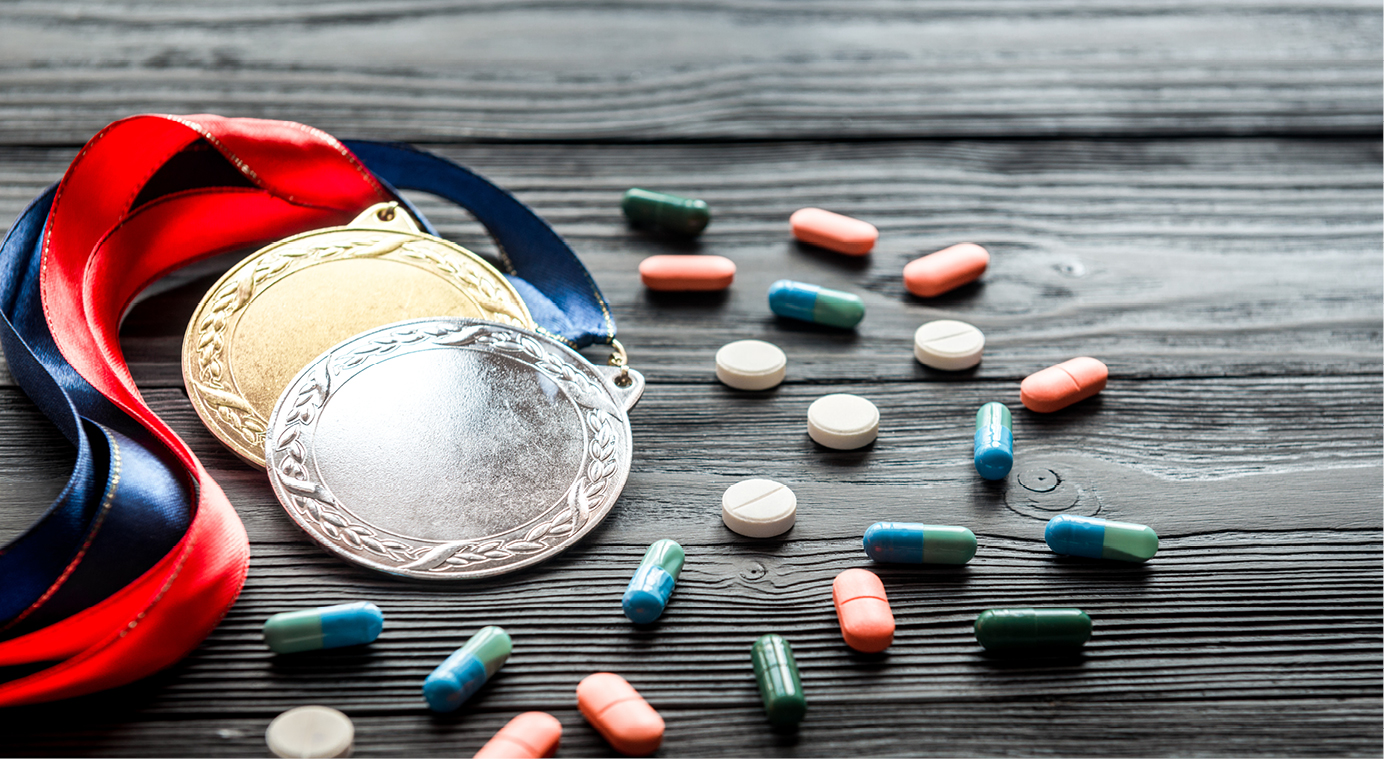 The world of sport is replete with threats. Unfortunately, these threats interfere with the positive values propounded by different sporting activities and end up attributing a negative connotation to sports. A leading example of such threats is that posed by drugs and synthetic substances.

The term ‘drugs’ (more commonly known as substances in anti-doping control) refers to any medicine or other substance which has a physiological effect when ingested or otherwise introduced into the body. Some athletes have sought to make use and abuse various drugs in order to obtain a better performance, better shape, and overall better results in competitions. Different steroids (such as designer steroids and anabolic steroids), hormones (such as androstenedione, human growth hormone, and erythropoietin), supplements (such as creatine), and stimulants have been made use of. The use of such drugs has been classified under the term doping.

The term anti-doping has consequentially been developed to refer to the fight against doping in sport in all its forms.

Over the years, legislation has been introduced on a national, as well as European level in order to help combat the problem of drugs in sports. The Anti-Doping Convention of 1989 of the Council of Europe emerged as an internationally coordinated reply.  The wording of this Convention recognises that doping goes against proper conduct and is in manifest need of regulation. Signing states have been given the duty to enact the necessary legislation and set up specific bodies which are capable of combatting this problem, supplying them with the necessary means and assistance whilst also being encouraged to educate athletes about the problems contracted by doping and to establish high-quality testing facilities.

The Convention afore referred was signed by Malta in 1994, yet only came into force in 2012. Even though it is evident that Malta took a long time to properly enter this Convention into national law, by the conclusion of the Sports Act in 2002, the first mention of the necessary fight against the doping threat was identified.  The Sports Act has also made it the responsibility of Sport Malta to foster an environment that is free from the use of sanctioned drugs and substances (Article 6 (1n) of the Sports Act) whilst also establishing sanctions which range from a fine to imprisonment for a person found to have failed to comply with the provisions of any regulations (Article 55 (2) of the Sports Act).

A furtherance to the 1989 Convention came along in 2015 by virtue of Legal Notice 17 of 2015 which was introduced into the Maltese Legal System Anti-Doping Regulations. These regulations were made by the Minister of Education and Employment by the power attributed to him in Article 6(1)(n) and 53 of the Sports Act. These regulations were the first of their nature, and it is through them that the national legal system has an elaboration and specific provision dealing with doping. This extensive set of regulations outlines in a clear manner specific and detailed provisions on different aspects of doping management namely rule violations, testing, results management, and proof. Furthermore, these regulations establish the Anti-Doping Commission which aims to oversee all aspects of the NADO’s Anti-Doping Programme in accordance with the International Standard for Testing and  Investigations.

Although what is being done to reduce the problem of drugs in sports is a step in the right direction, there are always more measures that can be adopted. More effective means must be sought, and proper attention needs to be given so as to ensure that the sporting sphere stays away from the harmful traps brought forth by substance abuse.