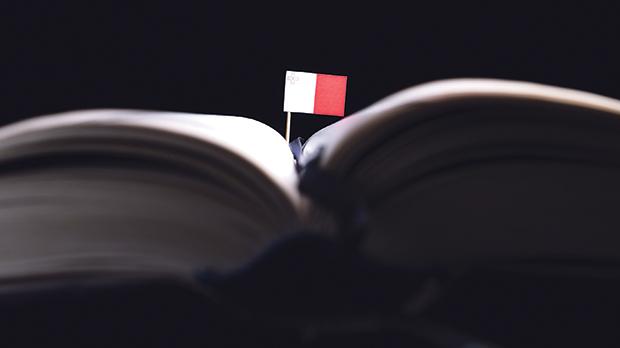 The issue of languages and the law in Malta is not a novelty, it was indeed a hot and fundamental topic of debate decades past and in certain instances it remains of fundamental relevance to this day. Indeed, through some naħqa ta’ ħmar there are some who call for some change, which is mostly to be opposed.

This article is written by a lawyer from a Maltese law firm, but it is in the English language. In our day to do professional exercise you can be rest assured that we use Maltese as our primary professional language. English is used quite regularly and it faces no doubt, while Italian has relevance in given contexts and for serving an ever present Italian-speaking clientele, which in Malta is something prevailing from in illo tempore due to the Maltese’s very own organic and Latin being.

Maltese is the primary professional language for any professional engaged in dispute resolution and litigation work. Our Constitution in article 5 thereof provides the general rule that “The language of the Courts shall be the Maltese language:” This is followed by a proviso allowing for the English language according to an ordinary act of Parliament. Indeed, Chapter 189 of the Laws of Malta, entitled the Judicial Proceedings (Use of English language) Act, was first brought into force in 1965. It basically establishes the general rule that the use of English for judicial proceedings may be ordered, but only if consented to by all Maltese-speaking persons who are parties to the proceedings. If any Maltese-speaking person does not consent then those proceedings must proceed in the Maltese language, and today it is rightly so.

Our Courts may allow other languages in proceedings by virtue of the interplay of various provisions, particularly those under our Code of Organization and Civil Procedure, Chapter 12 of the Laws of Malta. Article 21 of the latter follows the Constitution in affirming that “The Maltese language shall be the language of the courts…” and then it makes reference to the aforesaid Chapter 189 of the Laws of Malta. The same article 21 also requires that when any party does not understand the language in which the oral proceedings are conducted, then the court itself shall interpret the same to him or appoint a sworn interpreter for that purpose. It often happens that this is not made use of, as usually clients and Courts rely on the lawyer-client fiduciary relationship to proceed normally. Warranted lawyers in Malta must possess “full knowledge of the Maltese language as being the language of the courts”. There are also practical reasons for this modus operandi, being procedural expediency and the avoidance of additional expenses for those concerned.

In practice it often happens that any person who is not well versed in legal jargon would still need a lawyer to interpret the proceedings for him, no matter how well versed in the standard Maltese language he could be. Laymen mired in populism might scoff at this, but legal jargon often expedites matters and is a result and expression of civilisational development and culture in Malta. In the end most people are prudent and allow their lawyer of trust to interpret the proceedings for them. Indirectly, this is saying that having a truly trusted lawyer (and if this is failing, another lawyer should be sought), leads to one being best served in allowing proceedings to proceed in their ordinary language, this being Maltese. This speaks for greater expediency and less expenses in a reality which is often accused of the contrary.

Turning to a further lingustic requirement, which is nonetheless often waived (although the discretion to do so seems absent in the legislative text), is that sworn written declarations, or affidavits, must be “drawn up in the language normally used by the person taking such affidavit”. However, when that language is not Maltese a Maltese translation must be provided and the translator must swear it under oath. This is often waived if the Courts and both the parties or their lawyers understand the language involved. This invariably applies for English, and mostly for Italian too, which is understood by practically all of our current judiciary and a sizeable proportion of the legal profession, at least those with considerable experience.

Yet, what happens when the Court itself does not understand the language which a witness uses? Article 596 of our Code of Organization and Civil Procedure, sub-article (1) therof provides that “If the court does not understand the language in which the evidence is given, it shall appoint a qualified interpreter at the provisional expense of the party producing the witness.” This is very important as while evidence itself is not the proceedings per se, it allows the Court’s greater lingusitic flexibility in allowing testimony in its original, direct and unmediated language. In a way this could be bowing to the legal provision that the best possible evidence must be sought and filed in all proceedings, and it should be commended. With greater linguistic knowledge the Courts can thus allow better evidence to sustain a case brought to them for their determination. It could even be opined that all of the above bows to this latter notion and in the end the same provisions are guided and enlightened by it.

That is not the end of it when it comes to languages and the law in Malta. Our Courts often use other languages, not to direct the proceedings per se, but at least in referring to jurisprudence and legal authors in their judgements. In many cases, when not in Maltese, these are often in Italian and English, although other languages occasionally come in. This often happens in the part of the judgement involving legal reasoning and motivations leading to the judgement, rather than in the actual operative part of the judgement in itself. The latter will be in Maltese, except for the few cases to which English applies according to Cap. 189.